Most of our friends and family know where they are sleeping tomorrow night; however, we rarely do.  And we almost never know where we are sleeping next week!  One of the time consuming challenges of our "homeless" journey is providing for a roof over our heads each night.

Some worldly travelers simply arrive at a new destination, wander around sporting large  backpacks, avoiding touts who might take them to seedier, expensive properties, and check likely hostels as they walk.  We have avoided that method for several reasons.  The first and foremost is carrying heavy backpacks up and down broken pavement and slippery boardwalks in temperatures in the 90's with sweat gluing clothes firmly to body parts is not our idea of fun.  Doing so at night creates an aromatic opportunity for various domestic animal feces to embed in one's only pair of hiking shoes. 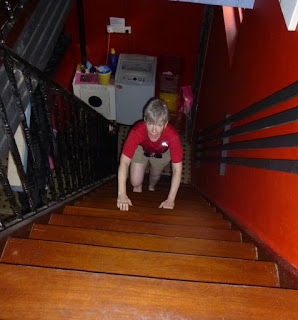 We also would miss the valued social networking aspect of accommodation reviews.  We have relied heavily on sites such as www.hostelworld.com, www.hostels.com, (both of which have review, availability and bookings) www.tripadvisor.com (reviews), www.wotif.com (Australia's best site), www.airbnb.com (the most eclectic offering), www.lastminutedeals.com, and www.couchsurfing.com (cultural exchange in a home for a few nights).  In all of these, it is interesting to read reviews of previous lodgers who have posted thoughts on their hosts, digs, local color, food, etc.  We don't use guide book recommendations much as they are often out of date and woefully incomplete.

We seek phrases about the warmth, helpfulness, and welcoming vibe of owners and staff.  We are often interested in meeting other travelers so mention of nice common use areas (kitchens, TV rooms, pool areas) that promote such interactions is valuable.  We are mindful of our budget so price is a significant variable as well.  We prefer homestays, hostels and b&b's to most lodges, resorts or hotels.  We appreciate the honest reviews that mention what a "swell party place" it is, the presence of bedbugs, or have titles like "Never Again" or "I would rather sleep on the street".  If there is a pattern of such reviews, we move onward.  We also take advice from other travelers and find places with no web presence, but which have all we need for a night or two. 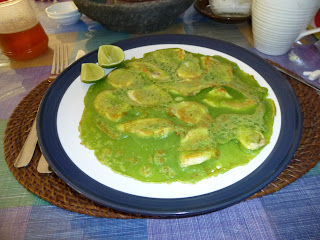 The culture that develops around lodging within each country is fascinating.  In South America, most hostels ask for payment and passport before the room has been seen by the visitor, yet bed and breakfasts never do.  In South America and Southeast Asia, some form of breakfast is included even at the least expensive and simplest places.  In both New Zealand and Australia, brekkie is typically provided only for an additional charge, yet Australians always provide powdered coffee/tea with cold, fresh milk, and a hot water kettle is ubiquitous in every room.  Checkout time in New Zealand and Australia never varies; it is always 10 am.  In the rest of the world it varies by place and the whims of local management.

The included breakfasts can vary, but each area develops some standards by which the budget places abide.  Sugary, orange flavored drinks are a global morning fixture as are black tea and instant coffee.  Toast or rolls are common as are butter and jam.  In Asia, many places offer a variation of rice or noodles with a fried egg on top.  In slightly more upscale habitations a home cooked breakfast of pancakes or eggs is common and many places in South America added their own touches of fresh fruit, fresh juice and homemade breads.  In Bali, pineapple and banana pancakes were the norm.  Real coffee is rare most of the places we have traveled, and when Jess spies a place that travelers claim provides it, she usually leans toward booking that space over almost any other criteria. 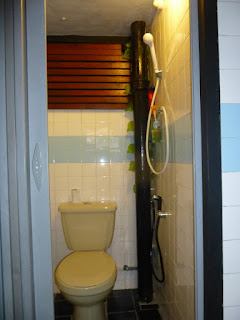 We have been surprised at other local norms as well.  In Southeast Asia, even nicer lodgings typically combine a toilet with a shower in a space too small for either alone.  Bugs are ubiquitous roommates in almost every place within 20 degrees of the equator while air conditioning is a valued treat and fans an absolute necessity.  Some places have widescreen TV with awesome collections of pirated movies and TV shows while others have a simple book exchange.  In third world countries, exposed wires and stairwells which require four limbs and a rope to climb are the norm.  Most places have little sound proofing but the temptation to wear earplugs is supplanted by the desire to hear the cries of "fire," an inevitable companion to the lack of building codes as plug-in devices strain limited electrical systems.

There is something intrinsically thrilling about entering a place that is surprisingly nice and the explorers in us enjoy finding out what we have "bought into" as we move to each new residence. We have quickly learned to exclaim in delight at a bathroom counter, a rarity even in first world countries.  We have learned to never judge a hostel by the exterior.  Occasionally, we choose poorly which makes a particularly wonderful place so much sweeter.  As is true so much in life, it is the trials that lead to the quiet joy of comfort.

Posted in Singapore, Singapore.  Images are of a typical steep hostel staircase, wonderful banana pancakes in Bali, and the common combination of shower and toilet in small spaces in Asia. 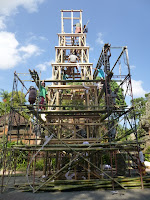 The structure was slowly taking shape as the workers used leaf fiber to secure the bamboo and wood planking to the skeleton already in place.  We stood on the rough sidewalk and watched and were approached by a young man about a taxi ride.  We declined the offer, but struck up a conversation with him about the structure across the narrow street.  Wayan (yes, one of the many) explained that the structure was a cremation tower being built for a member of the royal family.  While no one knew exactly which member of the Royal family had died, the tower construction was the responsibility of a group of families in the town of Ubud, in Bali, Indonesia.  The body will be brought to the tower and placed on top.  The tower will then be carried through town in a procession ceremony, and finally the tower will be set on fire.  As we discussed the cremation ceremony, politics and life with Wayan, we eventually told him how much we were enjoying Bali and what a good time we were having.  We mentioned the people and how friendly they were.  We told him we thought it was one of the best places we had visited on the planet.  A telling moment for both of us came when Wayan asked "Would you swap your life for mine?"  It stopped us dead in our tracks.  As we paused, tongue-tied and silent, he said "I am nothing." 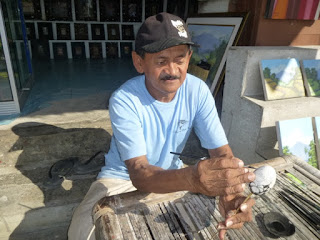 As much as we are enjoying our travels, would we swap our lives with any of the dozens of people we have met along the way?  Many of the people we have met make far, far less than even those considered below the poverty level in the United States.  Infrastructures in many of the countries are extremely inadequate for the masses they are expected to serve.  Even people in first world countries like New Zealand and Australia experience floods, typhoons, earthquakes, and enormous fires and have to deal with the aftermath of those disasters. 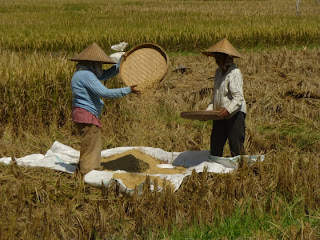 This taxi driver is far from "nothing." He was articulate, knew two languages well, was technologically versed, and was thoughtful.  However, his chances of improving his life in a society with a strong caste system and in a country with such poverty are very limited. We like to believe that despite poverty, people are happy.This "Wayan" was not. No, we would not swap our lives....and somehow, that hurts.

Images are of the cremation tower, an egg artist, and rice workers all from Bali, Indonesia

Posted from Sandakan, Malaysia
Posted by Jess and Sally at 6:29 AM 3 comments: