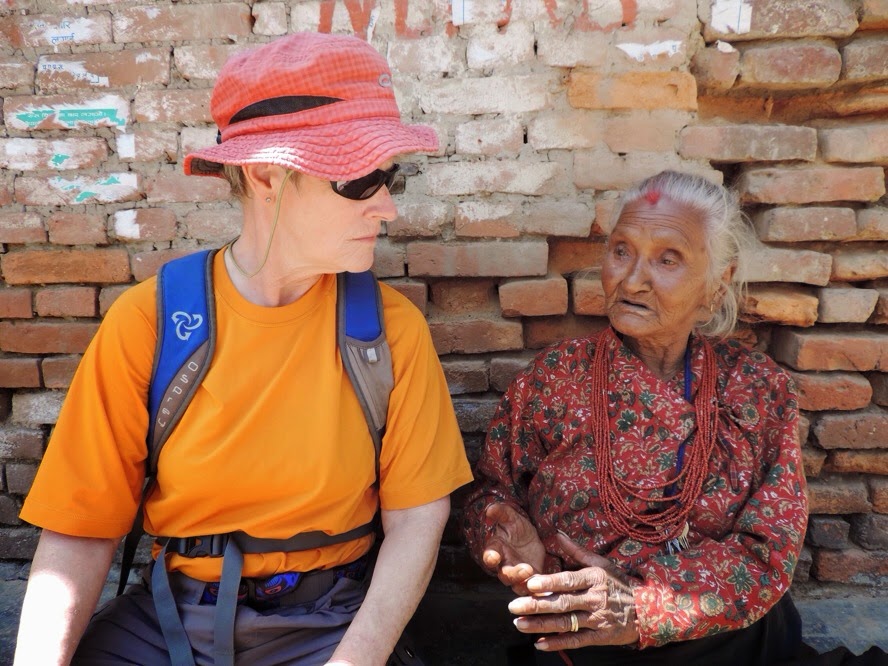 Two years have passed. We began our worldwide two year trip on June 8, 2012 and it feels like both yesterday and a lifetime ago.   More coincidentally than planned, we have finished it on June 7, 2014. On our last night, surrounded by an old friend and new ones from four different countries, we watched the sun set over a meandering river in Bangkok.  During our two year journey, we hoped to learn with humility and give with grace as we answered the question "How do we continue to grow?"  Our hope was that the 7 billion souls and the lands they occupy would become our teachers. Each of the 365 days in the following two years was filled with new lessons and experiences.  We sought to learn as children do, with few preconceptions, with wonder, with excitement and with passion.  We knew some lessons would be harder, some would frighten us, and a few would bring us to tears.

In the end, we underestimated how special the journey would be. We have cried tears of wonder and tears of pain. We have stood in absolute awe before some of the greatest sights on earth.  We have felt the earth tremble as glaciers rumbled across its face.  We have watched volcanoes smolder and have seen the footprints of invisible snow leopards in fresh Himalayan snow.  We have gazed across salt flats and tundra plateaus possessing unearthly beauty. As we drifted through the darkness deep within the earth, Glowworms lit our way as did the stars of the milky way on the top of Chilean mountains.  We stood below the rooftop of earth, not once, but twice, gazing into the 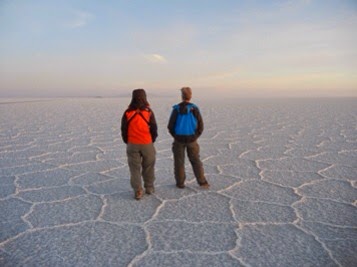 dangerous crevasses of both the south and north faces of Mount Everest.  We have hovered above giant cuttlefish and whale sharks as they swam lazily below us.  We have stared mother grizzlies and orangutans in the eye.  We have gazed on the faces of deities in over a dozen countries, some living, some surreal.  We have walked bare foot through piles of dung and blood-red betel spit in respect for the customs and cultures of those whom we visit.  We have been burning hot, achingly cold, and every state in between in almost 20 different countries and on four different continents.   In each place, our hearts have been forever changed by the people who shared these sights with us, some leading us to them, others discovering them by our sides.  New friends and one special old one have accompanied us in our odyssey.  And some of our favorite new friends were not human, rather animals that touched our hearts and souls.

We are both smaller and larger than we were when we left our jobs, our friends, our family, and all that was comfortable and familiar.  While we have learned much about the world, we learned the most about ourselves and each other....and we are not ready to stop learning.  In fact, we hunger for greater lessons and new opportunities to grow.  The first will come as we seek to help others realize their dreams.  We did not know where we would "land" after we sold our house and most of our possessions and began this journey two years ago.  Interestingly, we have come full circle and will return to our professional passions and to our community in Gunnison, Colorado, the place we call home. 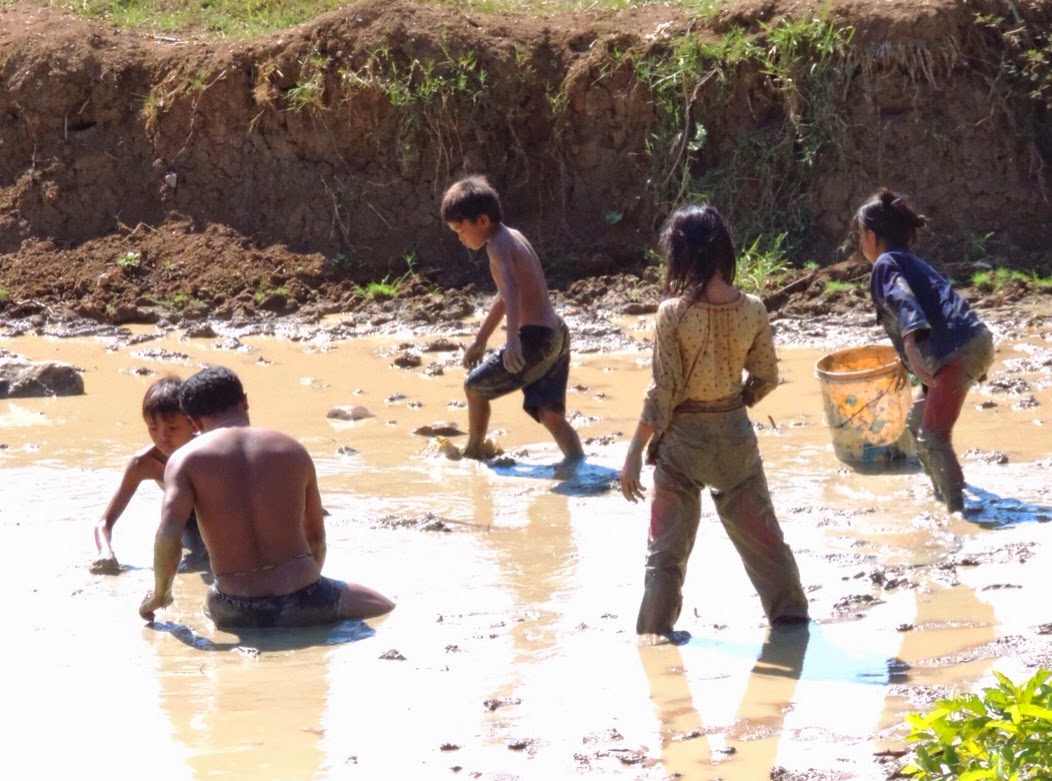 For six months a year we have been given an amazing opportunity to participate and teach within a new community of learners.  This summer, Western State Colorado University opens its doors and hearts to an inaugural group of graduate students seeking a masters in environmental management.  As we have traveled the world, we have seen so many needs and have realized there is little time for humanity to change its path of global annihilation.   We grew up in the nuclear age, ducking and covering, afraid of weapons of mass destruction.  What we did not know to fear were the consequences of the daily cumulative actions of seven billion people.  A stunning percentage of the planet is stripped of its resources, laid bare to the ravages of changing climate, with little local life remaining on the land beyond the poor who have no other place to go.  Everywhere we travel, including in our own "backyard" we see environmental challenges that must be met.  We are humbled beyond all measure to have a chance to help educate those who are stepping forward to meet these challenges with new voices, important projects, and increasingly sophisticated ideas about how to address our past mistakes and create new futures.  For six months of each year, we will be face-to-face with this emerging community and for half a year we will continue to travel, connected to our newest community and building bridges to additional ones in distant lands.

We named this blog "One hundred stories" and hoped to write at least that many during our two year adventure.  We have written only sixty so far.  It is not that there was a dearth of stories; each day was typically filled with several.  We simply found that we were often consumed with living the stories rather than writing them.  We hope to continue this blog and plan on finishing a blog posting about travel tips soon!  This adventure has finished, but the next one has already begun.

Posted in Los Angeles, California. Images are of a Nepalese woman telling Sally about her woes, the Uyuni Salt Flats of Bolivia, and of a poor family trying to catch small fish in Cambodia. 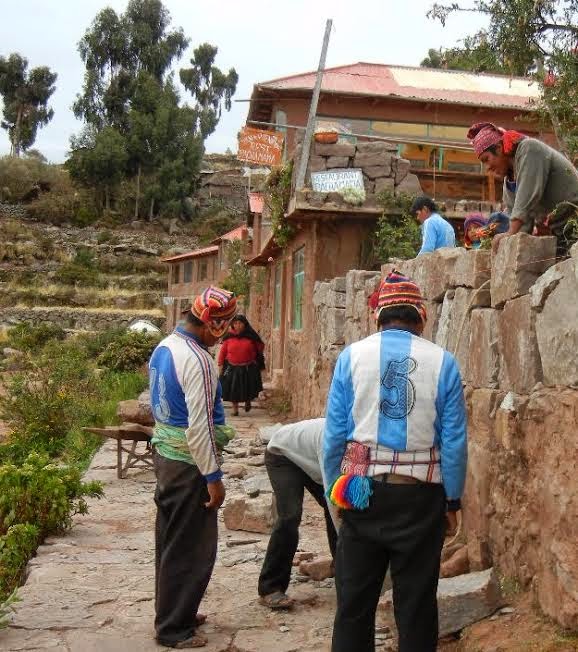 Two paths lie before communities we have visited in Bolivia and Cambodia.  The paths are both physical, having been laid stone by stone, as well as political, involving choices made by the governing bodies.  The paths have the same intended goal: to improve a particular area for tourism.  However, what makes us reflective is how the process of creating the paths reveals so much about people and place.

We first introduced our blog readers to Isla Taquile in Lake Titicaca almost two years ago with a story about 17 sheep.  Our homestay hosts were saving money to buy enough sheep for their island wedding celebration and were 17 sheep short of the total needed.  One element of the a Taquile society we did not write much about was the political structure.  Each of the small island districts was led by a senior married male, and there was one overall leader for the entire island. An individual's profession, where they were live, and when they were to marry were decisions made by the male leaders and the male villagers in weekly meetings.  Consensus among the married men was used to decide actions important to all.  A few years prior to our visit, the community decided to adopt tourism as a viable economic benefit for everyone, and, to assist in that endeavor, built a beautiful stone path from the beach to the highlands that would meander around homes, playgrounds, and small markets.  Each family was responsible for constructing and maintaining a 10 meter stretch.  These people who dressed with such impeccable pride in traditional hand woven clothes and knitted hats also laid each stone with artistic care.  One of the most amazing paths we have enjoyed in our travels, we encountered numerous villagers moving along its many fingers, tipping hats to each other and sharing bags of coca leaves in a formal dance of tradition and greeting.  Our host family showed great pride in the project and believed it helped provide for families in a variety of ways.  Few tourists have actually tread on the path.  We were two of only five for the two days we were there, but people greeted us with smiles and dignified grace as we traversed its stone steps.

In Cambodia we were, at first, delighted to find a stone walking path along a relatively undeveloped two mile 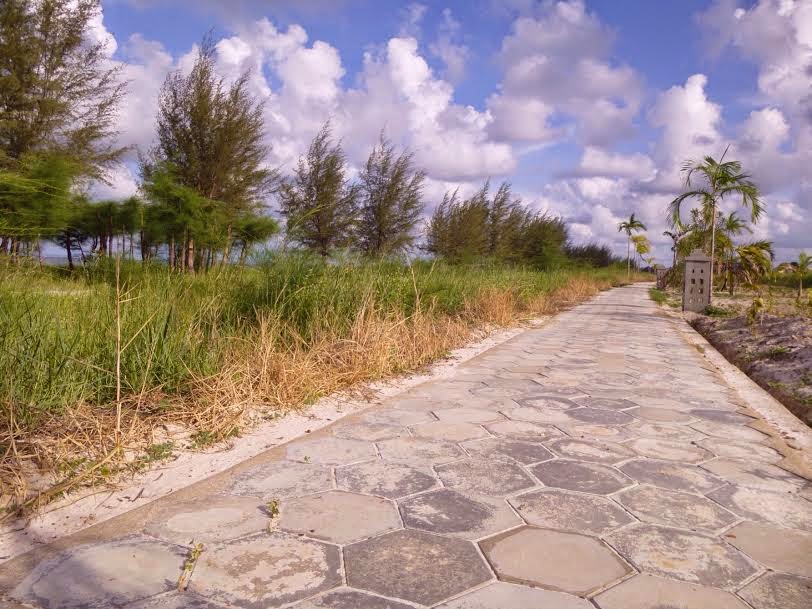 stretch of beach overlooking the Bay of Thailand.  However, the path precipitated questions, for us, about the repression and inequality in this country.  We had read the history of the vast depletion of the resources during and following the period of the Khmer Rouge and Vietnam invasion in the 1970's and '80's.  Cambodia had been home to some of the most prized hardwood in the world, but selling the forest became a national pastime for whoever was the ruling authority during that time. Some estimate that, in three decades, 95% of all the native trees were removed.  Even when world pressure led to moratoriums, the current leadership would provide favored cronies with "concessions" to plant Eucalyptus trees and remove the native trees.  They argued that they were no longer logging, rather, farming trees.  If local villagers protested, the army was dispatched to guard the logging operations.

With a majority of the forest gone, the government turned to a new money making scheme, selling the cleared land to both foreign and domestic development corporations.  There was just one minor
complication.  People lived on the land.  So, for the past decade, the government has solved that small problem by simply removing the residents!  Initially, with military personnel acting as enforcers, residents were simply herded onto trucks and dumped elsewhere as heavy equipment bulldozed their small dwellings, usually in a single day or night.  During the past few years, however, given the howls of protest and the complexities of dealing with hundreds of thousands of landless refugees, the government has begun to offer small payments to those "displaced" or to build new villages.  The unfortunate dilemma is that the confiscated land was usually near resources such as lakes, the sea, or tourist areas, whereas the new village locations are usually the places no one has wanted to live. 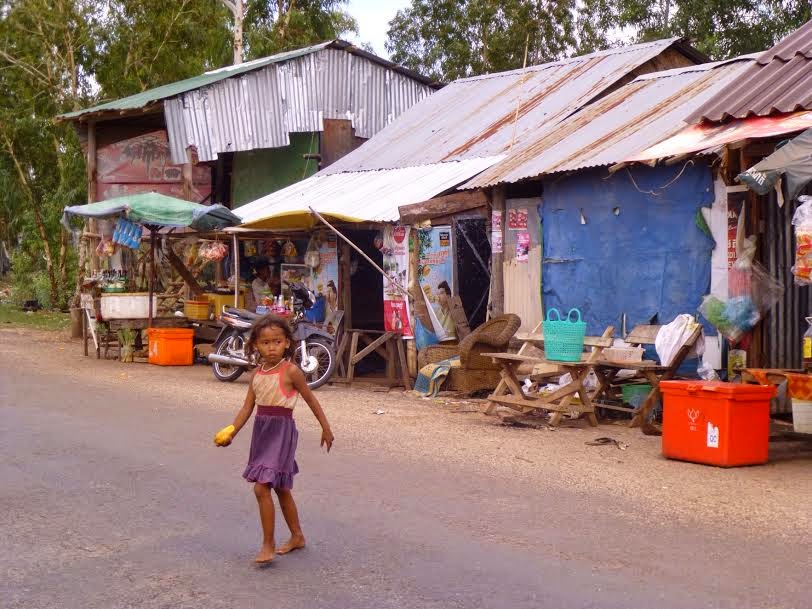 We were, at first, delighted to have a quiet footpath to walk along the beach until we heard about the villages that were removed from it in the past year.  We drove by one of the places, a few kilometers away, where the people had picked up broken wood and tin from the bulldozers and tried to piece together their lives again.  The poverty was intense, the scene heart wrenching.

In both communities, leaders decided that a path would be built.  Each community had a political process foreign to us.  Yet, the outcomes felt so vastly different.  One place had the sense of living the saying "a rising tide lifts all the boats" and the other broadened an already enormous chasm between the ultra rich and the unimaginably poor.  For us, one lesson has been to more deeply understand what lies beneath our feet as we tread new ground in places so different from our own.


Images are of the path being built on  Isla Taquile in Lake Titicaca, the path along side Oteras Beach, Cambodia, and the "new houses" of those forced to make way for the progress along Oteras Beach. Posted in Bangkok, Thailand.
Posted by Jess and Sally at 4:57 AM No comments: