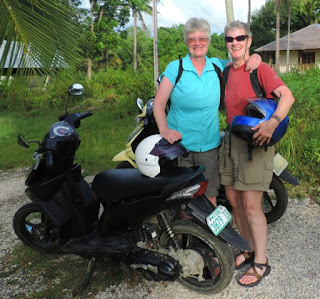 One of the best pieces of advice for our journey came from our friend, Phil Crossley.  Unfortunately, we have found it very difficult to follow.  Phil urged us to get off "The Gringo Trail" whenever possible, to explore the corners of the earth that see few tourists and which just might be representative of the people and place in that area.


Such is challenging for two novice world travelers. These are the places with little or infrequent public transport where walking and motorbikes may be the norms but buses and taxis are rare or non-existent.  People are less likely to speak any English in these corners of the world.  Food may be less likely to be prepared in a hygienic way that helps keep us moving fluidly rather than moving fluids.

The Gringo Trail also tends to exist because there are terrific sights and sites to behold.  Think Grand Canyon, Rome's Coliseum, Swiss Alps, the Great Wall of China, etc.  So for much of our first year, we have tread firmly in the footsteps of others on the often slightly polluted, always full, and clearly described tourist tracks in Lonely Planet.  We have tried to ask locals for ideas of things to see that most tourists rush by, but such has been limited to a few hours in a few places...until recently...

In the last couple of weeks, we have begun to find special sites and sights off the beaten track.  On the small island of Bohol in the Philippines, we walked a road for miles where locals 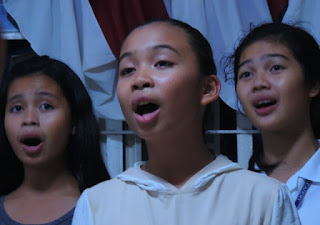 emerged to grin and wave, many asking us "where you going?"  We have taken the time to listen to a local children's choir practice to find to our astonishment it was the world famous, internationally traveled, Loboc's Children Choir.  We stayed a few extra nights to catch the performance of the Loboc Youth Ambassador Band.  Both groups are the inspired vision of music loving locals who mortgaged their business and sacrificed their time to give these children a future.  On Siquijor, we are practicing our motorbike skills (Jess for the first time) and touring smaller, only locally known roads.  We have not seen another non-Filipino tourist in a week. 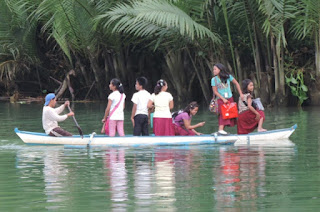 And soon, we plan on returning to Indonesia.  We loved Bali. However, 80% of Indonesian bound foreign tourists visit only Bali.  There are 17,507 other islands in the fourth most populous country on earth.  These are the islands that helped Alfred Russell Wallace co-develop the theory of evolution as his contemporary colleague, Darwin, pondered his findings from the Galapagos archipelago.  They are the islands where Komodo Dragons roam, living "Hobbits" exist, and the birthplace of spices gracing our kitchen counters.  And...places far from the normal tourist trail.